It’s been about a month since my pin-up shoot, and I have gotten wonderful feedback from a lot of people.  I feel seen, which was one of my goals.  It feels incredible to put out an image of beauty in a different size from what we usually see in the world.

I feel the need to do something to balance those images.

They’re real in that they’re not airbrushed or Photoshopped.  That’s really me and that’s one set of true representations of what I looked like that day.  But I had on two sets of fake eyelashes, loads of makeup, and corsets to change my shape.  My hair was curled and teased, and a professional photographer was pointing hundreds (thousands?) of dollars of lights at me and finding all of the most flattering angles.  And then of hundreds of photos, I chose the best few.

I didn’t photoshop them.  They’re real.  But also, not exactly.

I have a mini reunion coming up with some old friends from my college dorm, some of whom I haven’t seen in many years.  And I was suddenly like, shit.  What if they think I look like my facebook profile picture?

Yeah, I’ve been using the pin-up shots as my facebook profile pic, because duh.  Of course I am!  They’re awesome and fun and cool and sassy and amazing.  Of course I am.  But I don’t really look like that.  Like, ever. 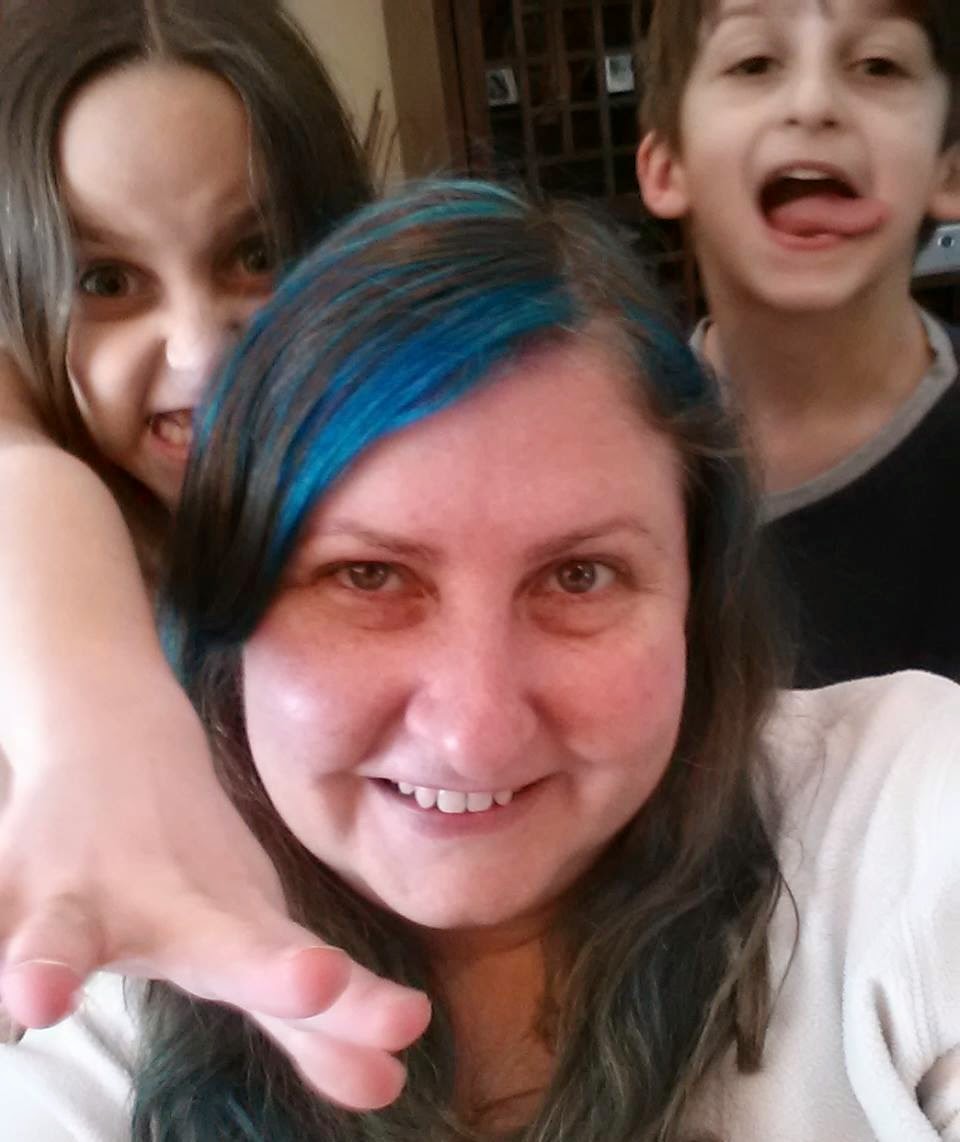 The kids learned about photobombing and wanted to photobomb me, so I took a photo exactly as I was.  No makeup, hair not done, no bra.  That’s what I actually look like most of the time.

Here’s another one, in which I am slightly buzzed.  Again, no makeup, no bra, and my favorite FKH8 hoodie.  This is the real me. 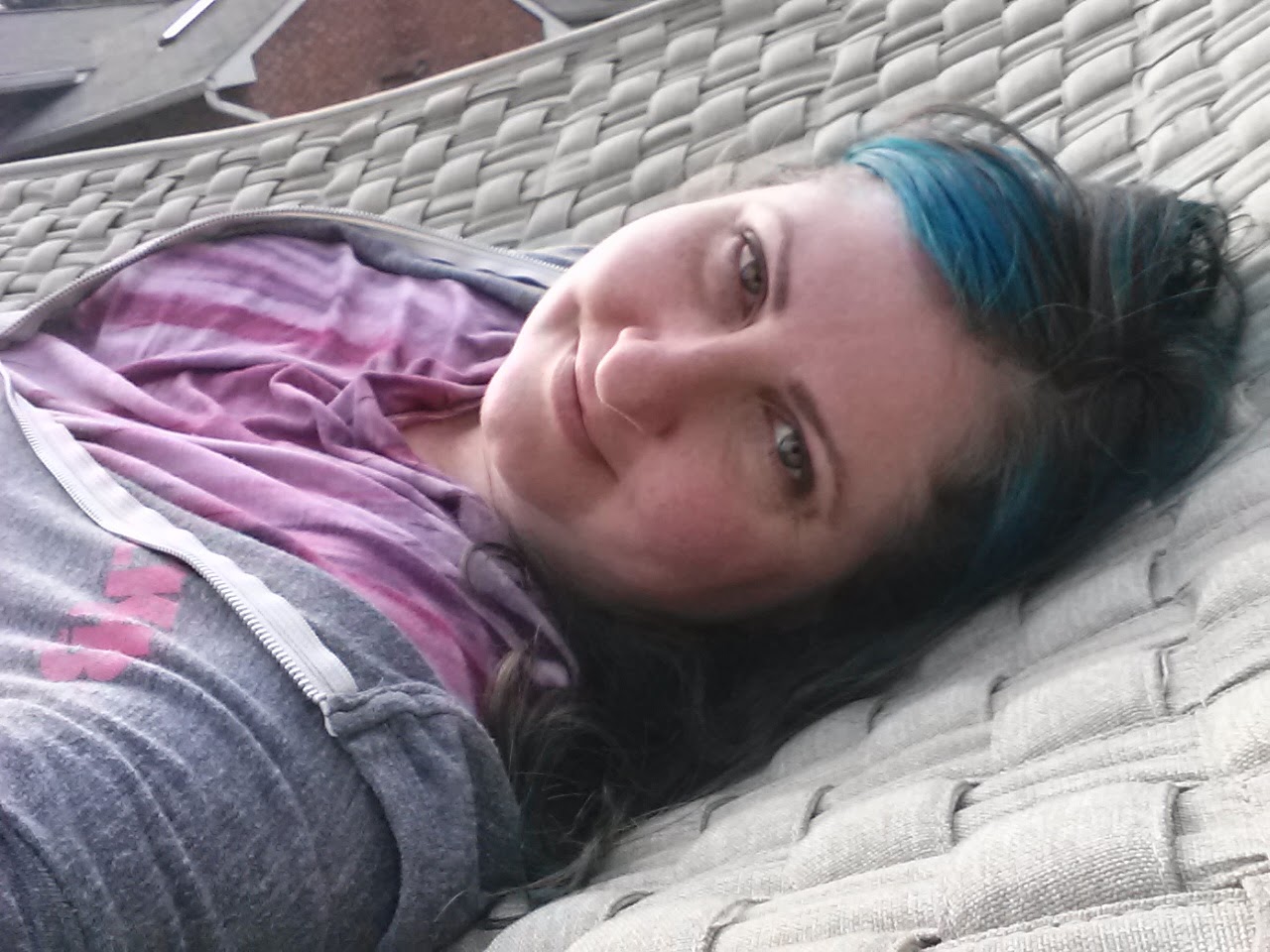 When I get dressed up, I look like this. 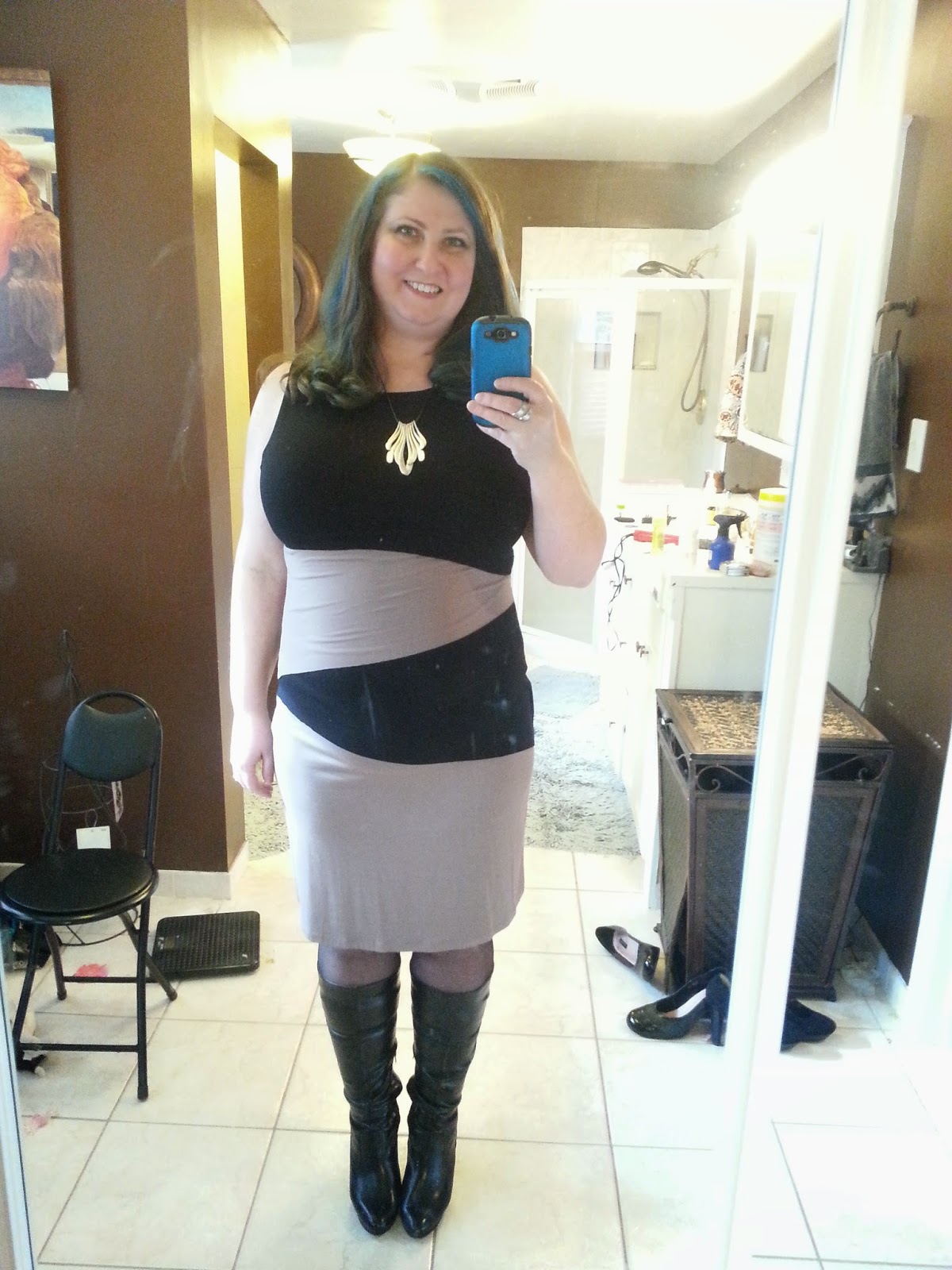 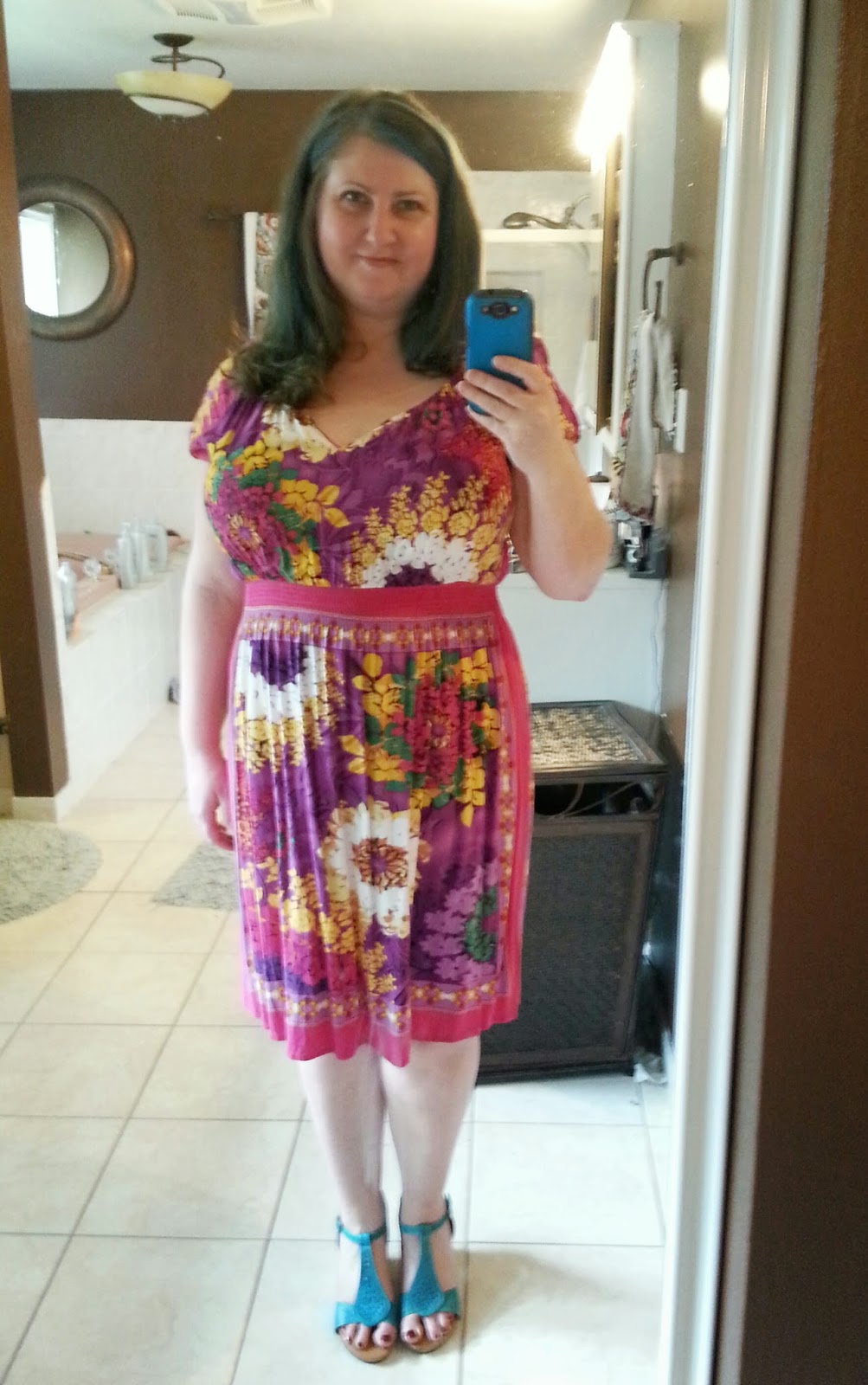 That’s basically as good as it gets.  And I can only wear those black boots if I’m going from car to restaurant to car.  And the blue shoes gave me a really bad blister and I had to take them off in the mall parking lot and walk back to my car barefoot.

Shall we continue?  Here is me right after the pin-up shoot, makeup washed off, and hair unpinned but still teased. 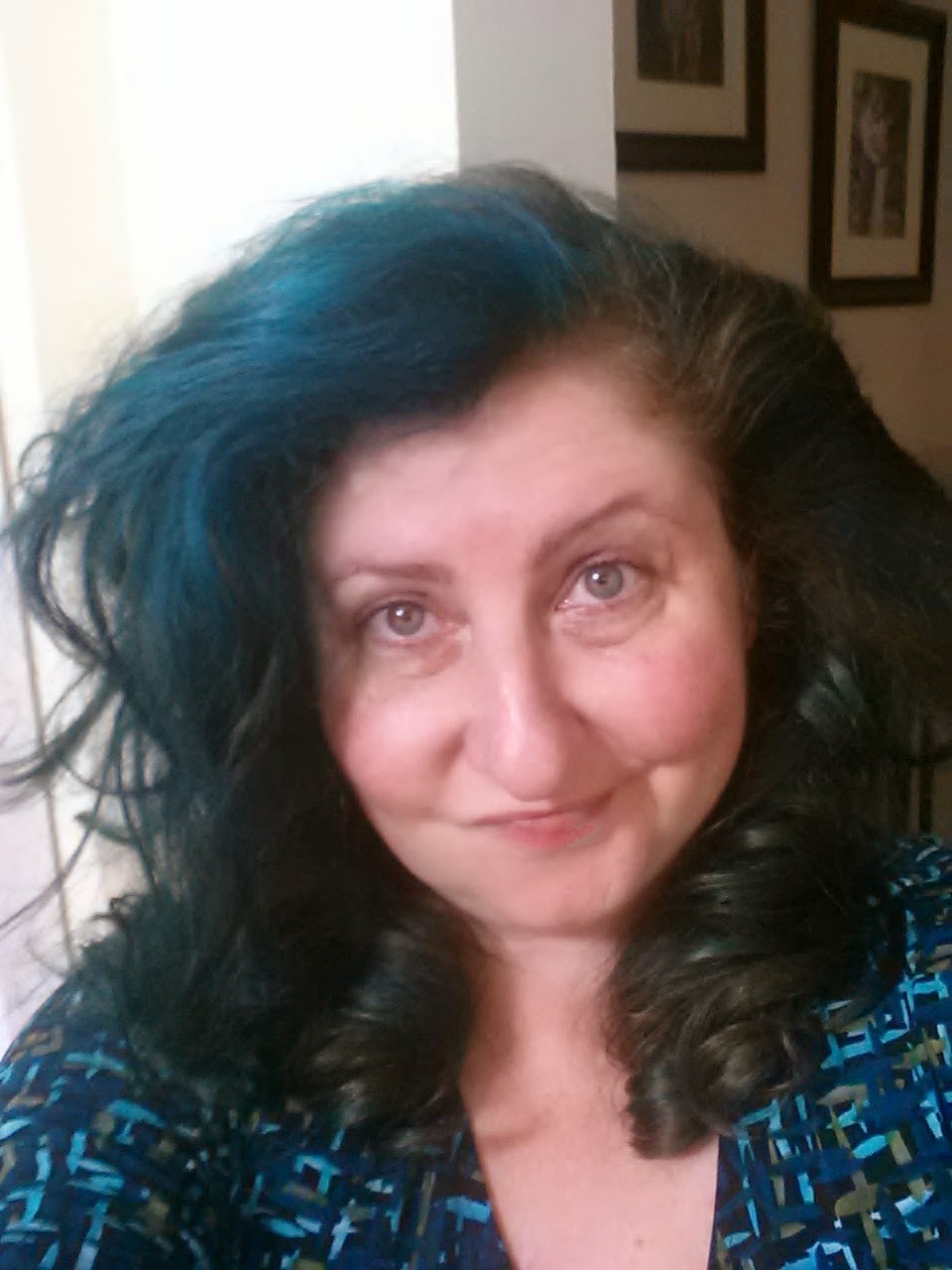 Here is me in the bikini I wore in the pin-up shoot, just the mirror selfie I took to show my friends. 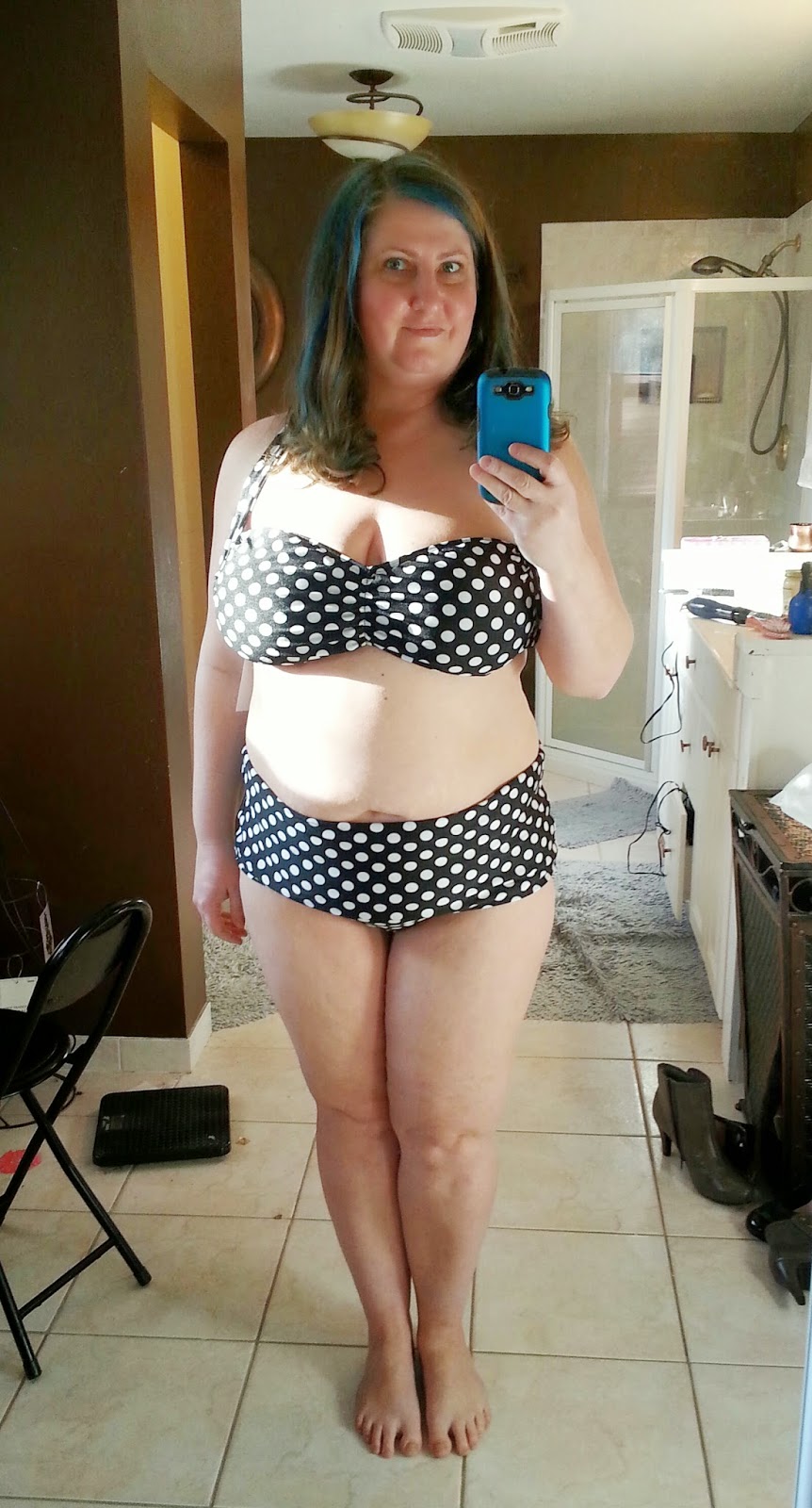 Here is an adorable photo of me with my kids that I self-consciously cropped for facebook because I thought I looked pregnant. And I made my husband take a bunch more because I didn't like how my neck looked, but the kids were cutest in this one. 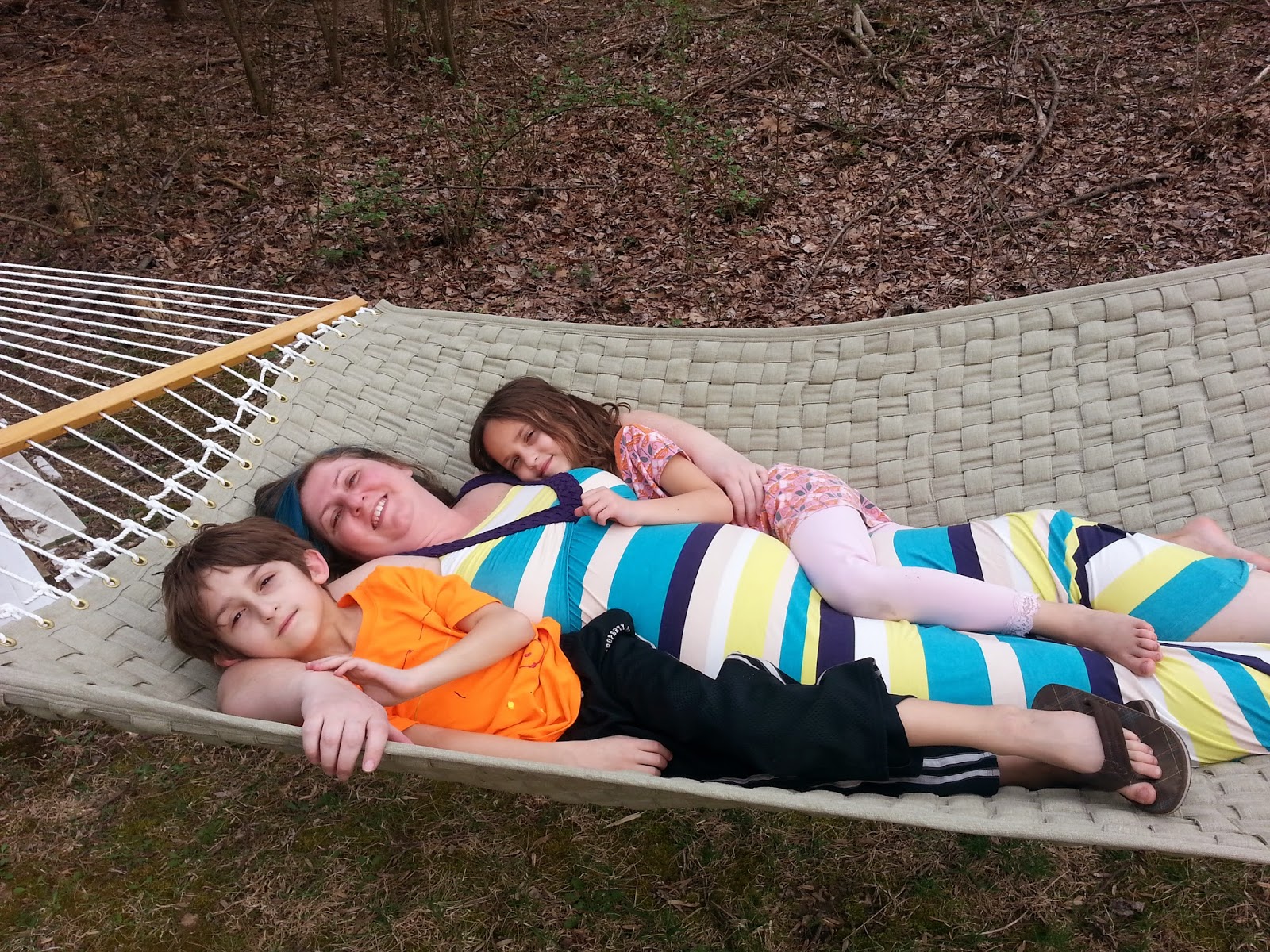 And here is the photo that started it all.  A woman on a body love facebook group I’m in posted a photo of her body “challenge area” and invited us to do the same.  So I did.  I posted this photo of my fupa, the hanging skin leftover from my pregnancy that contains fat when I am heavier, and just hangs empty when I lose weight. 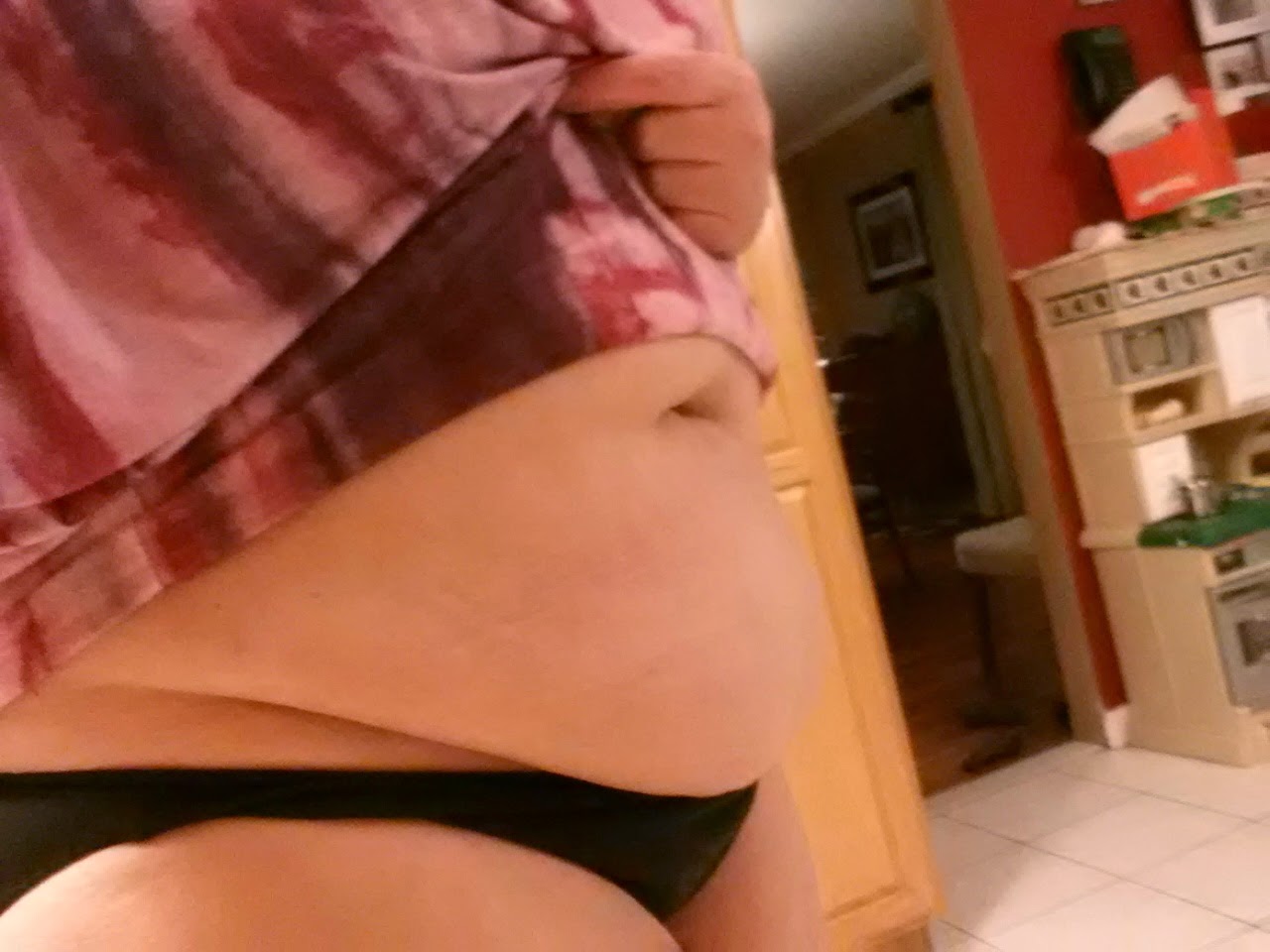 It made me want to puke to post it. I considered deleting it.

But then a funny thing happened.

There was a weird kind of power in it.  A power in showing that thing I was most afraid would be seen.  This is me.  This is real.  And it’s all OK.  So my skin hangs down.  I had twins and carried them to 36 weeks, and that’s what happens (to some women) when you do that.  It’s OK.

I am worthy of love, and… dare I say it?  I am still beautiful and sexy.  Even though now you have all seen my fupa.

One of the most common items of feedback I have gotten from the pin-up and bikini photo shoots is women telling me they wish they could do that, but they feel they can’t.

To them I say, you can if you want to. It’s smoke and mirrors and makeup and corsets and an incredibly fun and empowering way to spend an afternoon.

Those of us who try to put sexy plus size images out in the world… we’re crafting and choosing those images in such a way as to change the conversation about beauty and fat and size. But we don’t really look like that either (or at least I don’t).

So let’s change the conversation even further.  You know what is beautiful?  Bravery. Honesty. Vulnerability. Truth.  Maybe it’s not magazine ad beauty, but it’s something stronger.  True beauty has nothing to do with corsets and fake eyelashes and flattering camera angles.

Show your truth.  Be vulnerable.  Be real.